One of the topics Dr. Wallach talked about in his presentations was the average life span of medical doctors. Numerous studies (including The Journal of the American Medical Association itself) have shown and continue to show that medical doctors die on average significantly sooner than most other people.

One might argue that it’s because of stress, their workload or a number of different reasons. Dr. Wallach claims it’s because doctors receive little to no training regarding nutrition or the holistic approach to health. They stick to 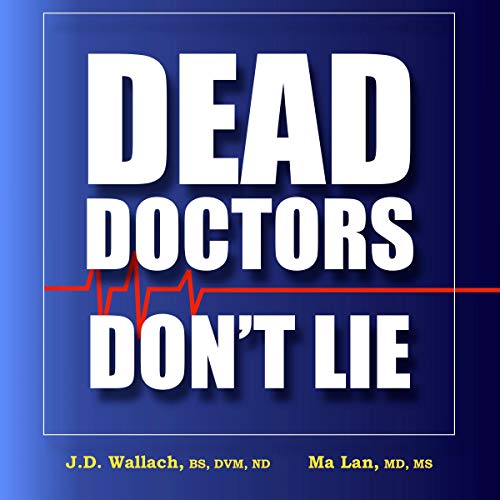 the drug and surgery model they prescribe for their patients.

Dr. Wallach’s unique perspective is derived from his background in veterinary medicine.

In order to keep animal products such as meat and dairy affordable, it is essential to prevent and cure disease in animals—animals don’t have insurance and if they did, the cost of a hamburger would skyrocket.

Through extensive medical research, Dr. Wallach was able to pinpoint the cause of many diseases as nutritional deficiencies. By replacing the missing nutrients with special formulas in the animal feed, a significant discovery was made: disease can be cured, ailments eliminated and life prolonged simply by giving proper nutrition.

In 1982, Dr. Wallach switched his focus to human biology and became a Naturopathic Physician to share what he had learned with others. The slogan “Dead Doctors Don’t Lie” is a theme that resonated with the public and represented Dr.Wallach’s frustration as his discoveries regarding essential nutrients were dismissed and ignored by the medical community and the mainstream media.

Today, he continues to teach about nutrition, the depleted soil, the lack of nutrient rich food and the connection to disease. He believes that supplementation is vital, even if the food is organic.