Since then, numerous other peer reviewed papers have been published documenting the benefits of eating organic food. Recently, some important studies have been done that show very strong correlations between pesticide and herbicide use and various diseases. There are many reasons to eat organic, but reducing the residues of Roundup (glyphosate) and other chemicals on foods is a big one…. 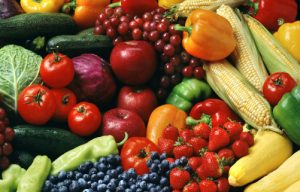 So what have studies shown about eating organically to avoid herbicides, such as Roundup and other pesticides:

• A higher frequency of organic food consumption is associated with a reduced risk of cancer.

• Roundup™ exposure has been associated with an increased risk of Parkinson’s Disease and death of neurons in the substantia nigra.

• There is evidence implicating Roundup™ as a factor in the elevated risk of autism.

• Other studies have shown the effects of Roundup™ on synaptic transmission in animal and cellular studies. The major mechanism of action appears to be oxidative stress, accompanied by mitochondrial dysfunction.

• Some gut bacteria utilize the enzyme used by plants, and glyphosate and Roundup™ use has been shown to alter the gut microbiome. There is a large and growing body of evidence that the gut microbiome alters susceptibility to great number of human diseases, including nervous system function.

• The weight of the evidence indicates that in addition to cancer and reproductive effects, glyphosate and Roundup™ have significant adverse effects on the brain and behavior and increase the risk of at least some serious neurological diseases

• Glyphosate effects on the immune system appear to alter the complement cascade, phagocytic function, and lymphocyte responses, and increase the production of pro-inflammatory cytokines in fish.

• In mammals, including humans, glyphosate mainly has cytotoxic and genotoxic effects, causes inflammation, and affects lymphocyte functions and the interactions between microorganisms and the immune system.

• There is evidence in support of the hypothesis that residential pesticide exposure from agricultural applications is associated with an increased risk of thyroid cancer.

• A large subset of the population has been exposed to glyphosate and their studies showing the detrimental effects glyphosate exposure has on the brain and human health.

• Using roundup as a desiccant for crops “is a thing.” Although farmers in the USA are somewhat sensitized to the issue, there are no controls on imported cereal grains and oil crops. In particular, corn, soy and oats harvesting often includes the use of a dessicant, such as Roundup.