Recent findings published in the journal Cell Metabolism show that bacteria in your gut control exactly when and how much you eat. 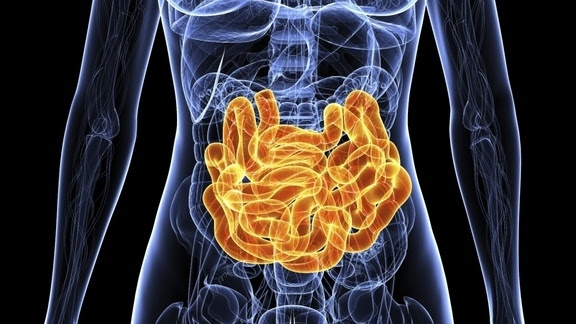 Researchers have found that 20 minutes after a meal, bacteria produce proteins that influence activation of appetite-regulating neurons in the brain. “We now think bacteria physiologically participate in appetite regulation immediately after nutrient provision by multiplying and stimulating the release of satiety hormones from the gut,” said senior study author Serguei Fetissov from University of Rouen in France.

In addition, we believe gut microbiota produce proteins that can be present in the blood longer term and modulate pathways in the brain,” Fetissov pointed out.

Probiotic complexes such as Laktokhan help people restore advantageous gut microflora in order to improve many aspects of their health. With balanced gut flora, the body’s immune system dramatically improves and is better able to produce and assimilate necessary nutrients in addition to other beneficial substances.

In the laboratory, Fetissov and colleagues found that after 20 minutes of consuming nutrients and expanding numbers, Escherichia coli (E. coli) bacteria from the gut produce different kinds of proteins than they did before their feeding.

Probiotics are known to prevent the expression of Escherichia coli. They protect intestinal cells from the inflammation-associated responses by counteracting neutrophil migration, probably through the regulation of chemokine and cytokine expression.

The 20 minute mark seemed to coincide with the amount of time it takes for a person to begin feeling full or tired after a meal.

Excited over this discovery, the researchers began to profile the bacterial proteins pre- and post-feeding.

They saw that injection of small doses of the bacterial proteins produced after feeding reduced food intake in both hungry and fed rats and mice.

Further analysis revealed that “full” bacterial proteins stimulated the release of peptide YY, a hormone associated with satiety, while “hungry” bacterial hormones did not.

The study adds to an emerging body of science supporting the effects of gut microflora on metabolic factors and obesity. The connection between gut microbiota and energy homeostasis and inflammation and its role in the pathogenesis of obesity-related disorders are increasingly recognized.

Imbalances in gastrointestinal microbial communities have been associated with many diseases and the use of probiotics has been successfully employed to artificially restore this unbalanced flora.