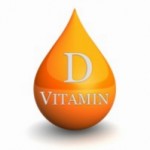 The largest meta-analysis ever conducted of studies published between 1966 and 2013 showed that 25-hydroxyvitamin D levels less than 75 nmol/L may be too low for safety and associated with higher all-cause mortality. All-disease mortality is reduced to 1.0 with serum vitamin D levels greater than100 nmol/L. That is a BIG DEAL.
Read below from more information.

Since 2006, type 1 diabetes in Finland has plateaued and then decreased after the authorities’ decision to fortify dietary milk products with cholecalciferol. The role of vitamin D in innate and adaptive immunity is critical. A statistical error in the estimation of the recommended dietary allowance (RDA) for vitamin D was recently discovered; in a correct analysis of the data used by the Institute of Medicine, it was found that 8895 IU/d was needed for 97.5% of individuals to achieve values ≥50 nmol/L. Another study confirmed that 6201 IU/d was needed to achieve 75 nmol/L and 9122 IU/d was needed to reach 100 nmol/L. The largest meta-analysis ever conducted of studies published between 1966 and 2013 showed that 25-hydroxyvitamin D levels <75 nmol/L may be too low for safety and associated with higher all-cause mortality, demolishing the previously presumed U-shape curve of mortality associated with vitamin D levels. Since all-disease mortality is reduced to 1.0 with serum vitamin D levels ≥100 nmol/L, we call public health authorities to consider designating as the RDA at least three-fourths of the levels proposed by the Endocrine Society Expert Committee as safe upper tolerable daily intake doses. This could lead to a recommendation of 1000 IU for children <1 year on enriched formula and 1500 IU for breastfed children older than 6 months, 3000 IU for children >1 year of age, and around 8000 IU for young adults and thereafter. Actions are urgently needed to protect the global population from vitamin D deficiency.