People often ask me why what I do (Naturopathy and supplementation) isn’t more mainstream? They ask about the science behind it and doubt where the evidence is to support what I do. My answer is always the proof is in the pudding. People who come and s 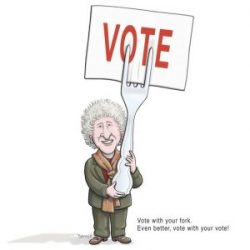 ee me get better however, the below article (written by Dr. Jeff Senechal, D.C., CFMP of Diverse Health Services) is a better explanation.

In this thunderous letter to President John F. Kennedy, Dr. Royal Lee calls the president’s attention to a grand jury investigation of corruption within the U.S. Food and Drug Administration (FDA). The real problem, Dr. Lee explains, is that both the FDA and the U.S. Department of Justice had been infiltrated by the American Medical Association (AMA), an institution that was brutally—and illegally—wielding its influence to wipe out competitors and establish the medical approach as the only “legitimate” healing art in the United States. Dr. Lee reminds the president that the AMA was convicted for such monopolistic behavior twenty years earlier, when it was found guilty of violating the federal antitrust laws, and that it would continue to conduct such behavior if it were not legally thwarted. An amazing piece of history that speaks to what might have been.

Subject: The American Medical Association and Its Criminal Activities

A federal grand jury in Washington, D.C., is now at work investigating the extent of corruption within the Food & Drug Administration. If you look into this, you will find that the corruption is entirely ramifications of illegal meddling into the functions of the FDA by the AMA [American Medical Association] as a part of their monopolistic control of as much of the field of the healing arts as they can finagle. They certainly have not reformed since their conviction on charges of criminal conspiracy to violate the federal anti-trust laws back in 1941 by Thurman Arnold.
The specific way by which the AMA has a stranglehold on the methods of treatment of disease is by a trick law developed by devious means, in which all literature on any food or drug sold to prevent or relieve any disease—deficiency disease or otherwise—must say nothing except what has been accepted by the “consensus of medical opinion.” This stops any maker of a food or drug from telling any doctor about any product that may save life but which may not have become accepted by the AMA. [The law] actually provides a fine and jail sentence for anyone who may simply give life-saving facts to a doctor that are not in accordance with current medical superstition.
A good example is the contention that heart disease has no relation to diet. 750,000 people each year die from this cause that we can prove is preventable. Another situation is lowered resistance to infection, which creates a fertile field for polio, pneumonia, colds, ulcers, respiratory disease, etc. The AMA position is that lowered resistance has no relation to diet, but the evidence that diet has such a relation has been well established for years, and the government’s publications have stressed the fact many times.
Another vicious phase of the AMA skullduggery is in their alliance with the counterfeit and refined food industry, as outlined in the accompanying booklet, written in 1940, Your Health: What It Is Worth to the Racketeer, [which describes] a criminal conspiracy in any language. No one has tried to refute any of the statements in this booklet. They cannot be refuted.
Such a racket must have a Hatchet Department to intimidate its victims. Your own FDA and Department of Justice is that Hatchet Department.
It happens that I have been established for 32 years selling nutritional specialties to the doctor. My customers are any duly licensed practitioner, whether medical doctors, osteopaths, chiropractors, or naturopaths. I enclose the transcript of court proceedings where my company was fined $7,000 for the frightful offense of refusing to suppress facts that had not been accepted by the Medical Monopoly. Here is evidence of the criminal nature of the AMA and its reaching right into the FDA and the Department of Justice to perform criminal acts. The FDA actually admitted they had no case if the facts were to be criterion, but now that literature must conform to the consensus of medical opinion, it [sic] was technically false.
Under this ruling I cannot help the doctor in his effort to detect deficiency disease. I must suppress proven facts where the information often may mean life or death to the doctor’s patient. My character is smeared, my reputation harmed by the dishonest acts of government officials. Mr. President, do you endorse this program? That is my question. If you do not, please appoint a reliable man to supervise the grand jury investigation now being conducted into corruption in the FDA. It will be a perfectly managed whitewash unless you take action.

This battle still continues today. Why are nutritional supplements not FDA approved? This simplest answer… It’s a failed system and they don’t work for the people like everyone assumes.

“The FDA is riddled with politics, conflicts of interest and outright corruption, with data manipulation and harassment of whistleblowers.” – Money Watch, March 10, 2010.

“The FDA is the best agency the pharmaceutical industry can buy. The agency is lurching from one disaster to the next; one shocking lapse after another.” – From the article “Can We Trust The FDA?”, Readers Digest, April 2008.

According to the 2011 UN World Drug Report, the United States consumes 75% of the world’s medications. There’s a lot of money to be made in today’s legal drugs. Drug manufactures collected over $500 billion in revenue in 2013. For all of that money, you would think the health of Americans would be extraordinary. The reality is much different. Shockingly, life expectancy in the U.S. is 34th out of 35 industrialized countries. (Annual Review of Public Health Vol. 33: 157-68) Things that are or were FDA approved to think about: Celebrex, Avandia, aspartame, genetically modified foods, questionable vaccines, fluoride, food additives, and Vioxx which may have contributed to more than 27,785 deaths. Still think the FDA has your best interest?