The Value of Vitamin D

It’s that time of year again…winter in Michigan when our sun exposure is limited and the days are cold and dreary. This is the time of year that I usually recommend an increase in vitamin D. For people in colder states, the main reason is due to our lack of sun exposure—which is the best way to get vitamin D. Other reasons include relief from depression, general immune support and cancer prevention. Vitamin D is perhaps the single most underrated nutrient in the world of nutrition because of its broad spectrum capabilities. Below is a list of diseases and conditions that can be caused by a lack of Vitamin D. 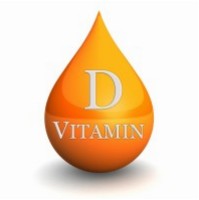 • Vitamin D deficiency may exacerbate type 2 diabetes and impair insulin production in the pancreas.
• Obesity impairs vitamin D utilization in the body, meaning obese people need twice as much vitamin D.
• Vitamin D is used around the world to treat Psoriasis.
• Vitamin D deficiency causes schizophrenia.
• Seasonal Affective Disorder is caused by a melatonin imbalance initiated by lack of exposure to sunlight.
• Chronic vitamin D deficiency is often misdiagnosed as fibromyalgia because its symptoms are so similar: muscle weakness, aches and pains.
• Your risk of developing serious diseases like diabetes and cancer is reduced 50% – 80% through simple, sensible exposure to natural sunlight 2-3 times each week.
• Infants who receive vitamin D supplementation (2000 units daily) have an 80% reduced risk of developing type 1 diabetes over the next twenty years.

So if you are feeling down in the dumps or if you just want to give your immune system a boost, vitamin D could be what you are missing! A word of caution: Synthetic vitamin D2 added to milk actually has the opposite effect of naturally occurring vitamin D complex, causing decalcification of the hard tissues and calcification of the soft tissues, including the soft tissues of the arteries. For this reason, D2 has been quietly dropped as an additive and replaced by D3, but there is evidence that synthetic D3 is poorly absorbed. If you are looking for a food based D call the office today for recommendations.