Acid reflux is a common medical condition in which digestive acids rise from the stomach into the esophagus. This causes the esophagus to become irritated, resulting in a burning sensation.

While acid reflux is rarely a serious issue, it is always an unpleasant one. Drugs for acid reflux are a billion-dollar industry in the United States alone. However, these drugs are almost always created from unnatural ingredients and often create more problems than they fix in the long term.

Dr. David Brownstein, a Board-Certified family physician and a graduate of the University o 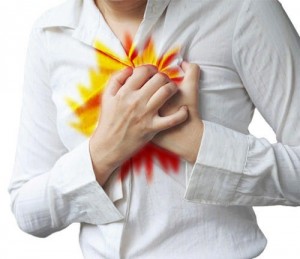 f Michigan and Wayne State University School of Medicine, wrote a book called “Drugs That Don’t Work and Natural Therapies That Do.” In it, he educates the reader about the problems with the most commonly prescribed prescription medications and what natural therapies may be used instead. The book covers:

I highly recommend this book to anyone looking to educate themselves about prescription drugs and how they effect the body. A phrase he repeats often and throughout the book is:

“you can’t poison a crucial enzyme or block an important receptor for the long term and expect good results.”

Dr. Brownstein discusses how when the pH of the stomach is balanced, patients are able to come off their antacid drugs (Proton Pump Inhibitors). Often times, balancing the acid in the stomach can be very easy. Clinically, I use supplements like Zypan and Betaine HCL or sometimes just a bit of apple cider vinegar to help relieve this problem.

Studies have shown that 75% of the immune system is located in the intestinal tract; the more drugs you take that interfere with its ability to function properly, the more your immunity is compromised.

We live in a world today where drugs are extremely prevalent. Using combinations of different drugs can increase the risk of adverts effects.

The likely conclusion would be that perhaps the increased use in prescription medications resulted in better health outcomes. Not so. In every health indicator the World Health Organization tracks that America finishes last or near last among every Western country. We don’t live as long as other Western people and we have more chronic illness. Things are getting worse for us, not better. And, we spend nearly 20% of our GNP on health care–over two-fold higher than any other Western country. Clearly taking more drugs is not the answer.

If you are looking for more answers or natural solutions to your health concerns start by reading Dr. Brownstein’s book or reach out to me for a consultation. If there is one thing I know for certain it is: THE FOOD YOU EAT MATTERS and with the right food choices you can heal your body naturally. There is always hope.